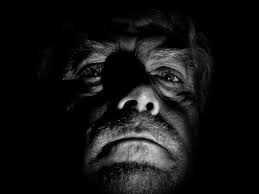 The research defines the D-factor as: “The general tendency to maximize one’s individual utility — disregarding, accepting, or malevolently provoking disutility for others — accompanied by beliefs that serve as justifications.”

Simply put, these people have a tendency to put themselves first, even at a detriment to others, and they often have an accompanying justification that removes any feelings of guilt or shame.

Determining to what extent a person exhibits the D-factor can be done using a similar method applied by psychologist Charles Spearman about 100 years ago when testing a person’s level of intelligence.

Spearman found that people who scored highly on a certain type of intelligence test were likely to do well in others due to a “general factor of intelligence.”

“In the same way, the dark aspects of human personality also have a common denominator, which means that — similar to intelligence — one can say that they are all an expression of the same dispositional tendency,” Professor of Psychology at the University of Copenhagen, Ingo Zettler, said.

“For example, in a given person, the D-factor can mostly manifest itself as narcissism, psychopathy or one of the other dark traits, or a combination of these.”

“But with our mapping of the common denominator of the various dark personality traits, one can simply ascertain that the person has a high D-factor.”

The higher the D-factor the more likely a person will show a particular dark behavior, like humiliating others, which will then lead to a higher likelihood of engaging in other malevolent activities like lying, cheating or stealing.

It is still worth noting that there are key differences between dark personality traits, which is why they don’t always result in the same behavior.

But even though on the surface they may seem vastly different, they have more in common than most would think.

Zettler said understanding a person’s D-factor may be useful when assessing how likely a person is to engage in harmful behavior.