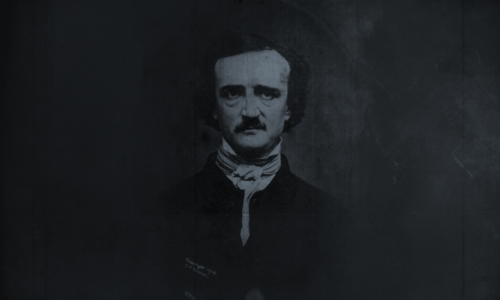 Despite his short and tragic life, Edgar Allan Poe left behind a remarkable literary legacy consisting of poems filled with both mystery and horror.

After enduring a life of sickness, losing his parents and his wife, being caught between the rational and irrational due to his fighting with depression and alcoholism, Poe used writing like a medicine that helped him stay sane. His innovative and dark work still shocks and amazes readers and influences authors to this day.

Here are some of my favorite sayings:

I was never really insane except upon occasions when my heart was touched.

All religion, my friend, is simply evolved out of fraud, fear, greed, imagination, and poetry.

Believe nothing you hear, and only one half that you see.

To die laughing must be the most glorious of all glorious deaths!

Years of love have been forgotten, in the hatred of a minute.

The customs of the world are so many conventional follies.

Words have no power to impress the mind without the exquisite horror of their reality.

Never to suffer would never to have been blessed.

The best things in life make you sweaty.

Beauty of whatever kind, in its supreme development, invariably excites the sensitive soul to tears.

The true genius shudders at incompleteness — imperfection — and usually prefers silence to saying the something which is not everything that should be said.

Science has not yet taught us if madness is or is not the sublimity of the intelligence.

I remained too much inside my head and ended up losing my mind.

The boundaries which divide Life from Death are at best shadowy and vague. Who shall say where the one ends, and where the other begins?

Experience has shown, and a true philosophy will always show, that a vast, perhaps the larger, portion of truth arises from the seemingly irrelevant.

All that we see and seem is but a dream within a dream.

I became insane, with long intervals of horrible sanity.

The most natural, and, consequently, the truest and most intense of the human affections are those which arise in the heart as if by electric sympathy.