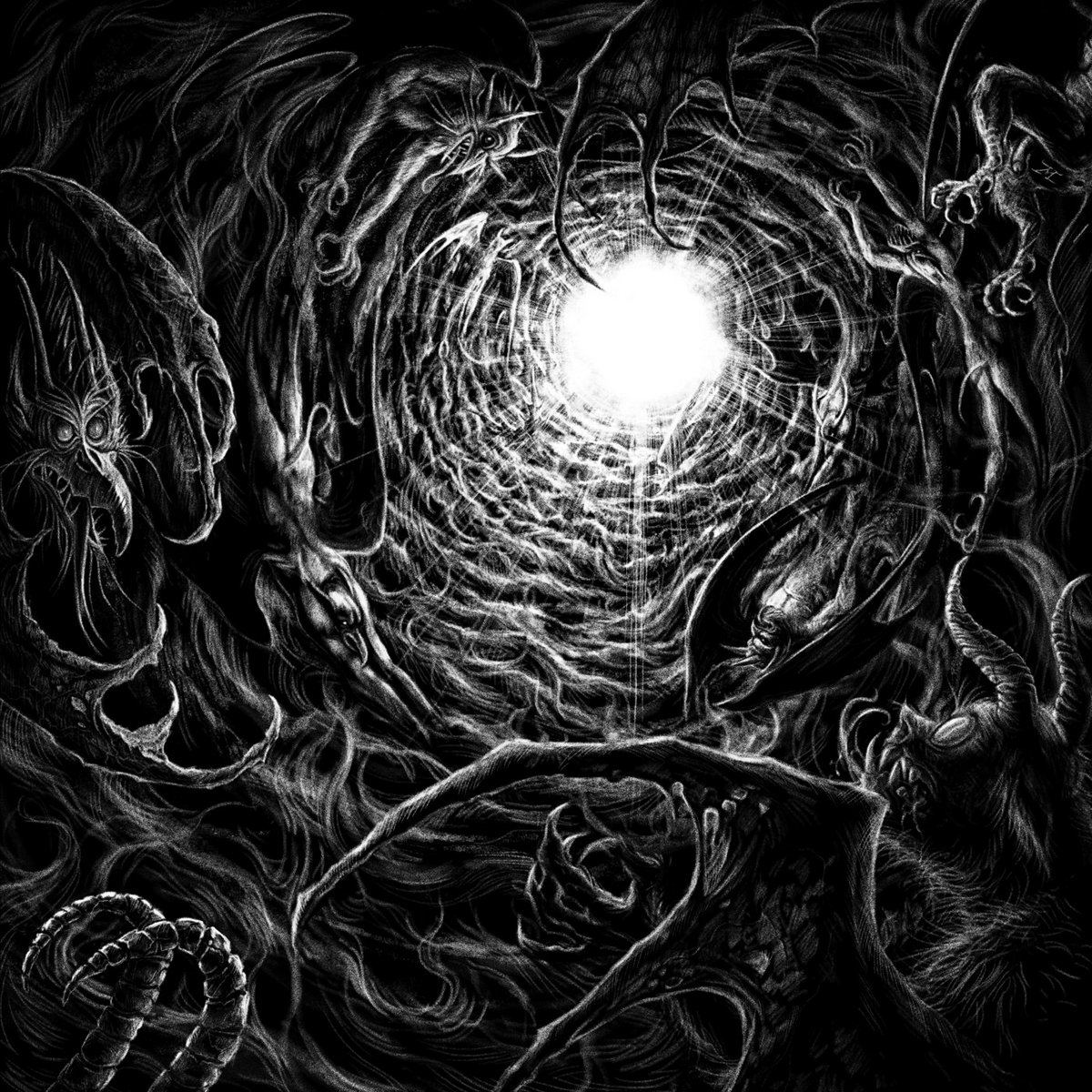 “Time is the substance I am made of,” Borges wrote in his sublime meditation on the most elemental and paradoxical dimension of existence. But what was there before there was time, before there was substance? Before, in the lovely words of the poet Marie Howe, “the singularity we once were” — “when sky was earth, and animal was energy, and rock was liquid and stars were space and space was not at all”?

Since the dawn of human consciousness, this question has gnawed at the insouciance of our species and animated the most restless recesses of our imagination. It is the foundation of our most ancient origin myths and the springboard for our most ambitious science. It is also — curiously, thrillingly — where these two seemingly irreconcilable strains of our hunger for truth and meaning entwine.

So argues Stephen Fry in the opening of Mythos (public library) — his gloriously imaginative, erudite, warmhearted, and subversively funny retelling of the classic Greek myths.

Millennia before James Gleick wrested chaos theory from the obscure annals of meteorology to make it a locus of magnetic allure for modern science and a fixture of the popular imagination, the ancient Greeks placed chaos at the center of their cosmogony. (So enduring and far-reaching is their civilizational sway that we owe even the word cosmogony to them, from kosmos, Greek for “world” or “order,” and their suffix -gonia, “-begetting.”) Fry writes:

Was Chaos a god — a divine being — or simply a state of nothingness? Or was Chaos, just as we would use the word today, a kind of terrible mess, like a teenager’s bedroom only worse?

Think of Chaos perhaps as a kind of grand cosmic yawn.

Whether Chaos brought life and substance out of nothing or whether Chaos yawned life up or dreamed it up, or conjured it up in some other way, I don’t know. I wasn’t there. Nor were you. And yet in a way we were, because all the bits that make us were there. It is enough to say that the Greeks thought it was Chaos who, with a massive heave, or a great shrug, or hiccup, vomit, or cough, began the long chain of creation that has ended with pelicans and penicillin and toadstools and toads, sea lions, seals, lions, human beings, and daffodils and murder and art and love and confusion and death and madness and biscuits.

Whatever the truth, science today agrees that everything is destined to return to Chaos. It calls this inevitable fate entropy: part of the great cycle from Chaos to order and back again to Chaos. Your trousers began as chaotic atoms that somehow coalesced into matter that ordered itself over eons into a living substance that slowly evolved into a cotton plant that was woven into the handsome stuff that sheathes your lovely legs. In time you will abandon your trousers — not now, I hope — and they will rot down in a landfill or be burned. In either case their matter will at length be set free to become part of the atmosphere of the planet. And when the sun explodes and takes every particle of this world with it, including the ingredients of your trousers, all the constituent atoms will return to cold Chaos. And what is true for your trousers is of course true for you.

There is, of course, the favorite question, that eternal fulcrum of human restlessness: What was there before the beginning? Before the Big Bang, before Chaos, before the everythingness of being? In consonance with Stephen Hawking’s wryly phrased and elegantly argued observation that “the universe is the ultimate free lunch,” Fry reminds us that before there was everything, there was, simply, nothing — not even the Borgesian substance we are made of:

We have to accept that there was no “before,” because there was no Time yet. No one had pressed the start button on Time. No one had shouted Now! And since Time had yet to be created, time words like “before,” “during,” “when,” “then,” “after lunch,” and “last Wednesday” had no possible meaning. It screws with the head, but there it is.

Tracing how Chaos “spewed up the first forms of life, the primordial beings and the principles,” Fry once again draws a parallel between mythology and science, wresting a kind of evolutionary biology of the Greek mythological universe. In an inspired passage that calls to mind evolutionary biologist Lynn Margulis — known for advancing the Gaia hypothesis, named of course for the ancient Greek god-mother and mother-goddess — and her splendid reflection on the interconnectedness of life across time, space, and species, he writes:

As each generation developed and new entities were born and in turn reproduced, so complexity increased. Those old primordial and elemental principles were spun into lifeforms of ever greater diversity, variety, and richness. The beings that were born became endowed with nuanced and unique personalities and individuality. In computer language, it was as if life went from 2 bit to 4 bit to 8 bit to 16 bit to 32 bit to 64 bit and beyond. Each iteration represented millions and then billions of new permutations of size, form, and what you might call resolution. High definition character, such as we pride ourselves in having as modern humans, came into existence and there was an explosion of what biologists call speciation as new forms burst into being.

I like to picture the first stage of creation as an old-fashioned TV screen on which a monochrome game of Pong played. You remember Pong? It had two white rectangles for rackets and a square dot for a ball. Existence was a primitive, pixellated form of bouncing tennis. Some thirty-five to forty years later there had evolved ultra hi-res 3-D graphics with virtual and augmented reality. So it was for the Greek cosmos, a creation that began with clunky and elemental lo-res outlines now exploded into rich, varied life.

In the remainder of the thoroughly enchanting and elucidating Mythos, Fry goes on to trace the origins of so many of our present givens — the names of planets and constellations and chemical elements and diseases, the words “fraud” and “doom” and “enthusiasm,” our precepts of beauty, our taxonomies of love — to a complex, imaginative, and imperfect civilization that lived long ago, which imprinted cultures and civilizations to come with its layered legacy. Complement it with Jill Lepore on how the shift from mythology to science shaped the early dream of democracy, then revisit Italian artist Alessandro Sanna’s wordless existential cosmogony inspired by Pinocchio and this gorgeous 1974 Hungarian animated short film exploring the tragic heroism of hopefulness in the Greek myth of Sisyphus.