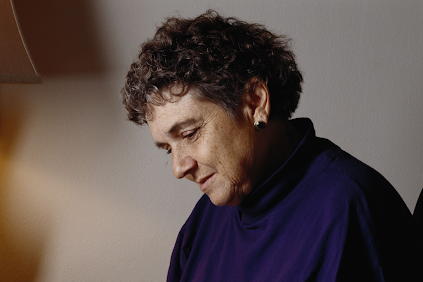 From her stirring poetry to her timeless wisdom on love, loss, and creativity, beloved poet and feminist Adrienne Rich (May 16, 1929–March 27, 2012) endures as one of the most celebrated poets of the twentieth century, a remarkable woman of equal parts literary flair and political conviction. In a monumental manifestation of both, when Rich was awarded prestigious National Medal of Arts in 1997, the highest honor bestowed upon an individual artist on behalf of the people of the United States, she famously became the first and only person yet to decline the honor in a protest against the monopoly of power and the government’s proposed plan to end funding for the National Endowment for the Arts.

But Rich was also a masterful writer of prose at the intersection of the philosophical, the political, and the deeply personal. In her essay titled “Women and Honor: Some Notes on Lying,” originally read at the Hartwick Women Writers’ Workshop in June of 1975 and eventually included in the altogether fantastic anthology On Lies, Secrets, and Silence: Selected Prose 1966-1978 (public library), Rich adds to history’s finest definitions of love with eloquence that resonates with particularly poignant beauty in these days of historic change for the freedom and dignity of love:

An honorable human relationship — that is, one in which two
people have the right to use the word “love” — is a process, delicate,
violent, often terrifying to both persons involved, a process of
refining the truths they can tell each other.

It is important to do this because it breaks down human self-delusion and isolation.

It is important to do this because in doing so we do justice to our own complexity.

It is important to do this because we can count on so few people to go that hard way with us.

On Lies, Secrets, and Silence is indispensable in its entirety. Complement it with Rich on what “truth” really means and her spectacular commencement address on claiming an education