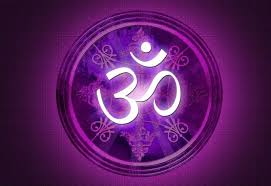 The AUM symbol (also spelled “Om”) consists of three curves, one semicircle, and a dot; these are symbols of each person’s self and his potential:

In Joseph Campbell’s book “The Hero with a Thousand Faces“, a book I read many years ago in my quest to understand what this Life was all about,  Campbell breaks down each of AUM’s three phonemes, a, u and m:

For Campbell, the most profound element of AUM is not the sound, however, but the silence that surrounds it: “The silence surrounding the syllable is the unknown: it is called simply ‘the fourth’.  The syllable itself is God as creator-preserver-destroyer, but the silence is God Eternal, absolutely uninvolved in all the openings-and-closings of the round.”