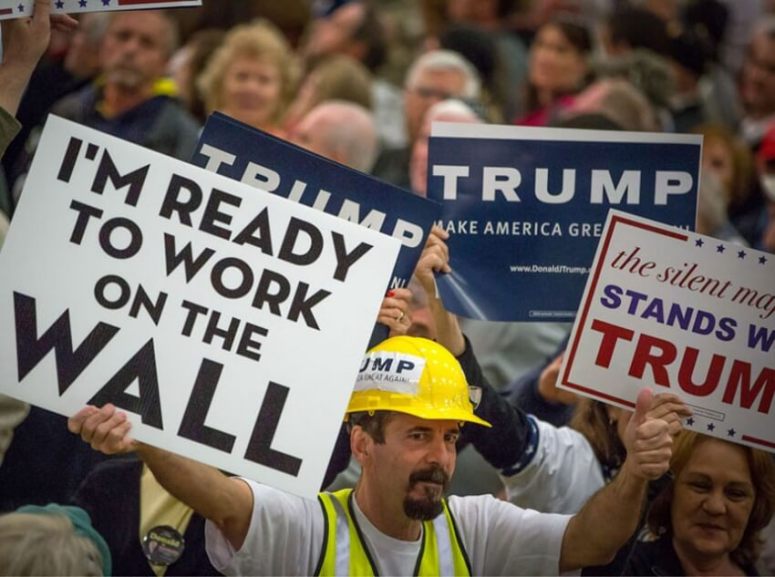 White supremacy is the foundation of the US economic and political system. The slave trade, the use of slave labor and the breeding of humans for sale like livestock created the capital that created the empire. Those who owned slaves did not only own the means of production, they were also the owners of real property, useful in terms of measuring wealth and providing collateral to procure more property. The social and cultural context for what can only be considered a crime against humanity was created and maintained by religion, media, schools and entertainment. The rulers—from the wealthiest folks on Wall Street to the politicians in Washington and down to the managers of businesses large and small—have understood this fact at a level so innate to their social being it is rarely questioned. The assumptions of racial inequality existing even today among an unfortunately large minority of the US population influence the very nature of our society. As recent history seems to prove, this is the case no matter who is in power, Democrat or Republican, Black man or white man.

Given the insidious and complex nature of the relationship between white supremacy and capitalism in the United States, organizing workers has almost always required dealing with white workers’ racism. Indeed, certain labor unions refused membership to non-white workers well into the 1970s. This refusal made it virtually impossible for those workers to find work at a union wage. In turn, it provided a ready-made pool of strikebreakers/scabs. If a strike did occur, the non-white workers would cross the picket lines with very few qualms given the racist practices of the union. That scenario is played out on a grander level today in the conversation that claims non-white immigrants take jobs from US workers. Although most of the politicians and pundits making that claim rarely include the nature of the skin color of those US workers, it is commonly understood that the US workers being discussed are primarily white.

Naturally, there is much written about this subject from across the political spectrum. Unashamed white supremacists make it clear that white men are the ones deserving of the benefits the US capitalism offers. Liberals maintain that US capitalism can insure that all races and genders can be the recipients of those ballyhooed benefits. Those on the left tell their audience that it is only through struggle against capitalism that all working people can benefit. Even on the left however there is debate about the role racism plays in the exploitation of working people. This debate is often framed in terms of race versus class. In other words, should labor organizers organize strictly along class lines and ignore how white supremacist appeals to white workers are used to divide the working class?

It is the opinion of numerous organizers, scholars and activists on the left that this question is based on a false dichotomy. Like the late African American activist and scholar Roderick Bush said to me in a 2006 interview: ““race or class” is or should be a non-issue, …race and class are inextricably intertwined.” He goes on to quote Black socialist Hubert Harrison: ‘”Class-consciousness must be learned, but race consciousness is inborn and cannot be wholly unlearned. . . .”’ Essentially agreeing with Bush is David Roediger, the author of the recently published Class, Race and Marxism, who is best known for his writing on the creation of the concept of “whiteness” and its use by those in power.

Roediger’s latest book is a collection of six essays. These essays discuss the nexus where race, class and capital collide. In discussing this nexus, Roediger argues that there cannot be a successful radical anti-capitalist movement that does not destroy white supremacy, nor can a movement seeking the destruction of white supremacy hope for success unless it is also a class struggle. Indeed, Martin Luther King, Jr. once stated, “We must guard against being fooled by false slogans, such as ‘right to work.’ It is a law to rob us of our civil rights and job rights …” In other words, the connection between white supremacy and capitalist exploitation is as clear as the amount of money one sees on their paycheck. In a related manner, Jesse Jackson told audiences during his 1984 presidential campaign that his campaign was not just about jobs, but jobs with good pay and dignity. After all, he would continue, all the Black folks had jobs under slavery.

The writing in this book is in a scholarly vein. Roediger takes the reader through history, inspired greatly by the works of WEB DuBois, CLR James and George Rawick. He quickly diminishes the claim that he should be considered one of the founders of what are called “whiteness studies.” In doing so, he draws the line back to DuBois and James along with other Black writers. Interspersing his personal remembrances with objective history, Roediger guides the reader through various discussions and debates on the subject of Black nationalism, white supremacy, labor organizing, and differences of opinion among leftists regarding all of the above. His incisive language is both analytical and quite readable. In his history lessons, the reader is shown just how completely the doctrine of white supremacy is woven into the American mythology of exceptionalism and fortune.

A recently written book by Jeannine Fletcher titled The Sin of White Supremacy discusses the essential role Christianity played in the development of white supremacy. The text also argues that white supremacy will not be destroyed until the idea of Christian supremacy is also tossed into the dustbin of history. The current political situation in the US where millions of Christians support an openly racist billionaire president provides a graphic example of how this religious, political and economic combination manifests. David Roediger’s writing in Class, Race and Marxism assumes a similar take in his discussion of just how necessary white racism is to the perpetuation of US capitalism. Conversely, it provides some powerful insight into how destroying white supremacy is one of keys to defeating capitalism (and vice versa.)