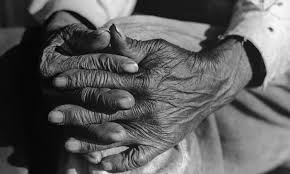 This Is Hell! · Texas, Slavery, Jim Crow, and U.S. Fascism / Gerald Horne
Slavery was not just an issue of Dixie. That is to say, you have the slave ships, to transport the enslaved from Africa to the Americas, that were built in Maine and Maryland. You had investments in cotton, which was a major commodity in Texas, that often sprung from New York City. And that explains why during the U.S. Civil War, 1861-1865 Dixie had quite a stronghold in New York City, of all places. That helps to explain the anti-draft riots, an anti-black pogrom in Manhattan, ca. 1863, often led by, I’m afraid to say, the Irish, who were revolting against fighting for the freedom of black people, that’s something they wanted no part of. So, Washington was not as strong as it might have appeared to be against slavery.