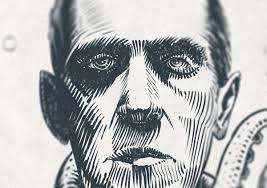 This may seem an enormous statement—and it is. I’m willing to be challenged. I’m also willing to attempt to spell it out.

My frame of reference is, of course, America, or that portion of the North American continent that calls itself America. And this means I am speaking, essentially, of the European vision of the world—or more precisely; perhaps, the European vision of the uni-verse. It is a vision as remarkable for what it pretends to include as for what it remorselessly diminishes, demolishes or leaves totally out ofaccount.
There is, for example—at least, in principle—an Irish community: here, there, anywhere, or, more precisely, Belfast, Dublin and Boston.

There is a German community: both sides of Berlin, Bavaria and Yo r k v i l l e . There is an Italian community: Rome, Naples, the Bank of the Holy Ghost and Mulberry Street. And there is a Jewish commu-nity, stretching from Jerusalem to California to New York. There are English communities. There are French communities. There are Swiss consortiums. There are Poles: in Warsaw (where they would like us to be friends) and in Chicago (where because they are white we are enemies). There are, for that matter, Indian restaurants and Turkish baths.There is the underworld—the poor (to say nothing of those who intend to become rich) are always with us—but this does not describe a community It bears terrifying witness to what happened to everyone who got here, and paid the price of the ticket. The price was to be-come “white.” No one was white before he/she came to America. It took generations, and a vast amount of coercion, before this became a white country.

It is probable that it is the Jewish community or more accurately,perhaps, its remnants—that in America has paid the highest and most extraordinary price for becoming white. For the Jews came here from countries where they were not white, and they came here, in part,because they were not white; and incontestably in the eyes of the Black American (and not only in those eyes) American Jews have opted to become white, and this is how they operate. It was ironical to hear, for example, former Israeli prime minister Menachem Begin declare some time ago that “the Jewish people bow only to God”while knowing that the state of Israel is sustained by a blank check from Washington. Without further pursuing the implication of this mutual act of faith, one is nevertheless aware that the Black presence,here, can scarcely hope—at least, not yet—to halt the slaughter in South Africa.

And there is a reason for that.

America became white—the people who, as they claim, “settled”the country became white—because of the necessity of denying the Black presence, and justifying the Black subjugation. No community can be based on such a principle—or, in other words, no community can be established on so genocidal a lie. White men—from Norway,for example, where they were Norwegians—became white: by slaughtering the cattle, poisoning the wells, torching the houses, massacring Native Americans, raping Black women.

This moral erosion has made it quite impossible for those who think of themselves as white in this country to have any moral authority at all—privately, or publicly. The multitudinous bulk of them sit, stunned, before their TV sets, swallowing garbage that they know to be garbage, and—in a profound and unconscious effort to justify this torpor that disguises a profound and bitter panic pay a vast amount of attention to athletics: even though they know that the football player (the Son of the Republic, their sons!) is merely another aspect of the money-making scheme. They are either relieved or embittered by the presence of the Black boy on the team. I do not know if they remember how long and hard they fought to keep him off it. I know that they do not dare have any notion of the price Black people (mothers and fathers) paid and pay. They do not want to know the meaning, or face the shame, of what they compelled—out of what they took as the necessity of being white—Joe Louis or Jackie Robinson or Cassius Clay (aka Muhammad Ali) to pay I know that they, themselves, would not have liked to pay it.

There has never been a labor movement in this country, the proof being the absence of a Black presence in the so-called father-to-son unions. There are, perhaps, some niggers in the window; but Blacks have no power in the labor unions.

Just so does the white community, as a means of keeping itself white, elect, as they imagine, their political (!) representatives. No nation in the world, including England, is represented by so stunninga pantheon of the relentlessly mediocre. I will not name names I will leave that to you.

But this cowardice, this necessity of justifying a totally false identity and of justifying what must be called a genocidal history, has placed everyone now living into the hands of the most ignorant and powerful people the world has ever seen: And how did they get that way?

By deciding that they were white. By opting for safety instead of life. By persuading themselves that a Black child’s life meant nothing compared with a white child’s life. By abandoning their children to the things white men could buy. By informing their children that Black women, Black men and Black children had no human integrity that those who call themselves white were bound to respect. And in this debasement and definition of Black people, they debased and defamed themselves.

However! – White being, absolutely, a moral choice (for there are no white people), the crisis of leadership for those of us whose identity has been forged, or branded, as Black is nothing new. We—who were not Black before we got here either, who were defined as Black by the slave trade—have paid for the crisis of leadership in the white community for a very long time, and have resoundingly, even when we face the worst about ourselves, survived, and triumphed over it. If we had not survived and triumphed, there would not be a Black American alive.

And the fact that we are still here—even in suffering, darkness,danger, endlessly defined by those who do not dare define, or even confront, themselves is the key to the crisis in white leadership. The past informs us of various kinds of people—criminals, adventurers and saints, to say nothing, of course, of popes—but it is the Black condition, and only that, which informs us concerning white people.It is a terrible paradox, but those who believed that they could control and define Black people divested themselves of the power to control and define themselves.