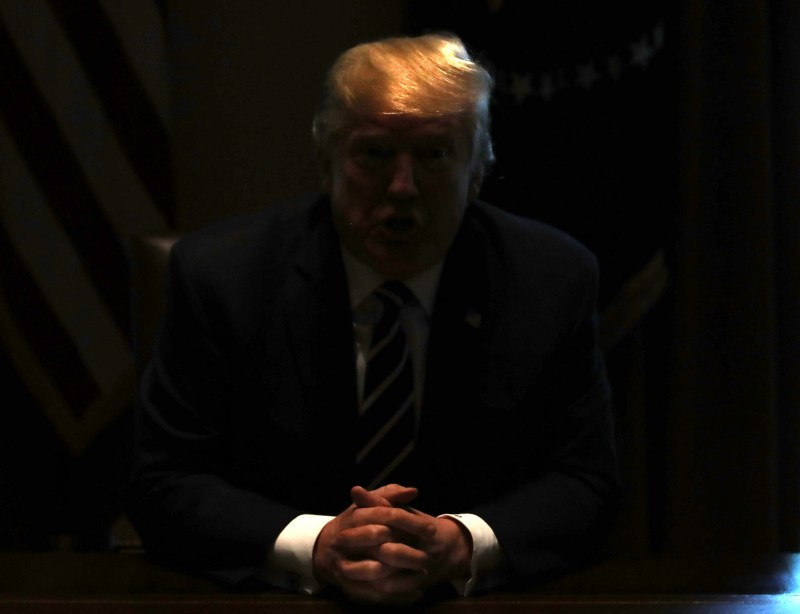 We are a nation that elected a man who in less than two and a half years has sullied our reputation across the world while here at home enabling our baser instincts to mug and molest our better angels.

The concept of decency is not one he knows or possesses within himself. His lack of it has helped reignite a contagion of hatred and intolerance, ratcheted up by Internet trollery, that largely lay dormant but now spreads once again like a toxin through the body politic.

Because of him this is not an America made great. It is instead a nation struggling with basic human decency, whether at the camps and cages of our southern border or along the corridors of Congress, where too many once rational members have succumbed to the siren call of cynical opportunism and demagoguery.

Conservative analyst and former White House adviser Peter Wehner writes in the New York Times, “… In their ferocious defense of the president, Trump supporters are signaling that decency is a form of weakness, that cruelty is a welcome and highly effective political weapon and that the low road is the preferred road. At one point, Republicans were willing to tolerate Mr. Trump’s brutish tactics and reprehensible character as the price of party loyalty; today many of them seem to relish it. They see the dehumanization of others as a form of entertainment.”

Fortunately, the black hole in this president’s soul has not succeeded in sucking everyone into the void; a majority refuse to share his lawless disdain for doing the right thing or thinking of anyone but himself. Nor do we ascribe to the ends-justify-the-means sentiments of people like that Trump supporter who told MSNBC, “I think he’s a despicable human being. But he’s done a lot of good things for the country.”

Even the junior invertebrate from Utah, Mitt Romney, recently saw fit to declare, “Each of us must make an effort to shut out the voices of hate and fear, to ignore divisive and alarming conspiracies, and to be more respectful… of our fellow Americans.” He added, “Contempt rather than empathy is a growing feature of our politics and media. And when it comes to cooling the rhetoric and encouraging unity, there is no more powerful medium than the bully pulpit of the president of the United States.”

Not that we’ll ever see such encouragement from the current incumbent, the man who put the bully in bully pulpit, but the need for a return to decency, civility and truth has become an issue among the multitude of candidates hoping to toss him from the throne. Talking like the campaign strategist he is, former Barack Obama adviser David Axelrod said to the Washington Post, “There’s a big market out there for decency. Trump’s disdain for norms and people is part of who he is… Who will speak to that?”

Sorry, Axelrod, you can’t market decency like a Happy Meal, but you can point it out when you see it. Especially now, when we need to identify and highlight those heroes who truly put actions to their words and prove that decency, compassion and a commitment to principle are not dead but very much, vibrantly alive.

Let’s start with the two million plus citizens of Hong Kong out on the streets, bravely defending democracy when the government tried to pass a new law requiring citizens and visitors accused of crimes to be extradited to the Chinese mainland and face the cruelties and vagaries of that country’s judicial system. In the wake of the protests Hong Kong’s chief executive Carrie Lam suspended passage of the law and apologized but the proposal isn’t dead yet. Demonstrations continue.

Did you know, by the way, that the Chinese government also wanted Hong Kong to pass a law criminalizing the booing of the Chinese national anthem, which apparently happens a lot at soccer matches?  The protesters successfully beat that one back, too.

Let’s remember as well the valiant first responders to 9/11 who continue to battle related cancers and other illnesses, the men and women Jon Stewart so powerfully defended last week on Capitol Hill and who desperately need a long-term extension of the James Zadroga 9/11 Health and Compensation Act.  And the men and women who fifty years ago this month fought back against police attacking the Stonewall Inn in New York City, triggering the worldwide Gay Pride movement.

In my West Village neighborhood, home of the Stonewall, celebrations are in full swing, set to culminate Sunday, June 30 with two parades – the official Heritage of Pride march and one organized by the Reclaim Pride Coalition which protests, the Daily Beast reports, “what it sees as the over-corporatization of the main event and the presence of police both marching and patrolling at it.”

I can attest to the “over-corporatization.” The parade route runs directly beneath my windows and last year, politicians and such big businesses as American Express, Chase bank and NBC were given top priority over the activist groups essential to making the movement possible. They were relegated to the back of the line. Shame.

Cheers as well to the more than a dozen Department of Agriculture employees (USDA) who stood and turned their backs on Secretary Sonny Perdue last week at an “all hands meeting” where he announced details of a plan to move the department’s Economic Research Service (ERS) and the National Institute of Food and Agriculture (NIFA) out of Washington, DC, to Kansas City.

As my Common Dreams colleague Andrea Germanos wrote, “The heart of the problem isn’t the choice of city,” although employees will have to choose between uprooting their families and lower pay or leaving USDA.

No, transferring removes them from proximity to final decision making in DC, and as Maine Democratic Congresswoman Chellie Pingree tweeted, “Many of @USDA staffers believe their relocation is an effort to silence their research into topics that do not align with the Trump administration’s political agenda, including the study of climate change and benefits of low-income food assistance.” According to Liz Crampton at Politico, “Employees claim the department’s leadership, including Perdue, turned against the research service after an estimate early last year suggested that the Republican-backed tax plan would largely benefit the wealthiest farmers.”

Finally, because this past week included World Refugee Day, take a moment to pay tribute to a man and woman who have run up against the law simply because they’ve done the decent thing and sought to save the lives of others.

German activist Pia Klemp captains ships that rescue asylum seekers from the Mediterranean Sea, where more than 18,000 have been lost since 2014. The far-right populist, anti-immigrant coalition now running the Italian government wants to bring her to trial on criminal charges, using a tough new law that could result in twenty years’ jail time or tens of thousands in fines.

The United Nations refugee agency UNHCR has asked Italy to rewrite the legislation, noting, “Sea rescue is a long-standing humanitarian imperative. It is also an obligation under international law. No vessel or shipmaster should be at risk of a fine for coming to the aid of boats in distress and where loss of life may be imminent.” And the president of Italy’s branch of Doctors without Borders told the British newspaper The Telegraph, “Fining the captain or the ship owner of a search and rescue vessel is like fining an ambulance taking patients to hospital.”

Meanwhile, in Tucson, Arizona, there was a hung jury last week in the case of Scott Warren, a geography teacher and Good Samaritan who last year gave food, water and temporary shelter to two migrants who came across the Mexican border without papers. His actions are considered by the Feds to be a crime punishable by as many as twenty years in prison.

Warren is a volunteer with No More Deaths, a coalition of religious and community groups that documents alleged abuse by the border patrol and places food, water, blankets and clothing in the Sonoran desert to save lives. In a statement to the press, he said, ““In the time since I was arrested in January 2018, no fewer than 88 bodies were recovered from the Arizona desert. The government’s plan in the midst of this humanitarian crisis? Policies to target undocumented people, refugees and their families. Prosecutions to criminalize humanitarian aid, kindness and solidarity.”

Arizona Republic columnist Laurie Roberts notes, “The Border Patrol arrested Warren on the day they were staking out the No More Deaths staging area. His arrest came just hours after No More Deaths released a video showing Border Patrol agents destroying water jugs in the desert.”  Authorities have not announced whether they’ll seek a new trial; a hearing is scheduled for July 2.

Prior to this age of Trump, those in charge largely looked the other way when humanitarians put out supplies for the desperate—they had higher priorities when it came to border security. Now, anyone who helps the undocumented survive is subject to prosecution. And as raids by ICE are threatened in cities across the country, including Miami, Atlanta, Los Angeles and New York, and as migrant children are sick and dying in filth-ridden detention facilities, those who would speak out and act are given notice that their government—of the people, by the people and for the people—does not share their concern or compassion or decency.

The psychiatrist Carl Jung called the dark side of a human personality its “shadow,” the part that judges others harshly, lashes out with bigotry and hate, pushes people aside.

Something wicked this way comes. Donald Trump is America’s shadow, dragging the nation into its dark side, revealing the meanness that comes from fear, frustration and anger.

But many just aren’t having it. Groups like Indivisible, Black Votes Matter, the American Civil Liberties Union, Common Cause, Women’s Health and Reproductive Rights (WHARR) and such immigrant rights advocates as Make the Road New York and United We Dream are fighting the good fight.

They’re heroes. Join them and you can be one, too. Resist.