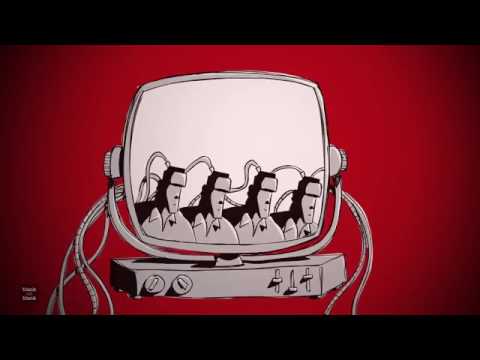 This episode of PBS’s animated series Blank on Blank features an audio excerpt from a 1950 interview with the UK writer Aldous Huxley by the US reporter Mike Wallace. Using his landmark dystopian novel Brave New World (1932) as a starting point, Huxley warns of the potential for dictators and would-be dictators to exploit emerging technologies to produce propaganda that ‘bypasses the rational side of man’ and causes ‘him [to] actually love his slavery’. Although in 2018 some of Huxley’s predictions prove more prescient than others, his cautionary message about the potential dangers of new forms of mass media stands, both as a snapshot of the post-Second World War era and as a reflection on modern threats to democracy posed by the internet, and social media in particular.