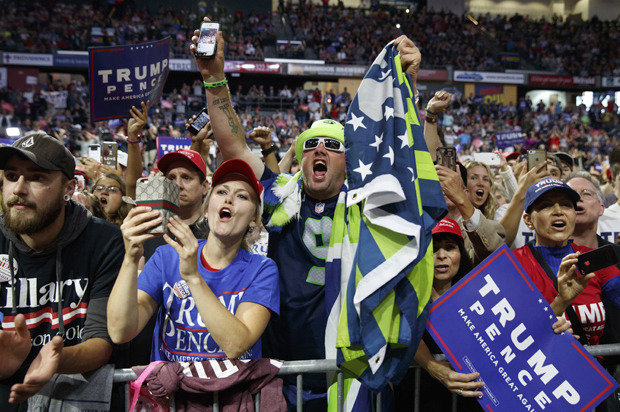 On the one-year anniversary of the death of 18-year-old black teenager named Michael Brown by a (now confessed racist) white police officer named Darren Wilson in Ferguson, Missouri, Brown’s mother, Lezley McSpadden, was asked if she forgave Darren Wilson for his cruel and wanton act of legal murder. She told Al Jazeera that she will “never forgive” Darren Wilson and that “he’s evil, his acts were devilish.”

Her response is unusual. Its candor is refreshing. Lezley McSpadden’s truth-telling reveals the full humanity and emotions of black folks, and by doing so defies the norms which demand that when Black Americans suffer they do so stoically, and always in such a way where forgiveness for racist violence is a given, an unearned expectation of White America.

The expectation that black people will always and immediately forgive the violence done to them by the State, or individual white people, is a bizarre and sick American ritual.

The necropolis of black bodies in the Age of Obama provides many examples of the ritual.

Less than a month after her son Samuel Dubose was executed by a thug cop, his mother, Audrey Dubose was asked during a press conference, if she forgave Ray Tensing. She answered “I can forgive him. I can forgive anybody. God forgave us.”

After Dylann Roof massacred nine black Americans in a Charleston, South Carolina church their families were asked to forgive the white racist terrorist.

Rituals reinforce social norms, values, and beliefs. Rituals can empower some groups and individuals; rituals can also serve to weaken and oppress others.

The ritual of immediate and expected black forgiveness for the historic and contemporary suffering visited upon the black community by White America reflects the complexities of the color line.

Black Americans may publicly—and this says nothing of just and righteous private anger, upset, and desire for justice and revenge—be so quick to forgive white violence and injustice because it a tactic and strategy for coping with life in a historically white supremacist society. If black folks publicly expressed their anger and lack of forgiveness at centuries of white transgressions they could and were beaten, raped, murdered, shot, stabbed, burned alive, run out of town, hung, put in prisons, locked up in insane asylums, fired from their jobs, their land stolen from them, and kicked out of schools. Even in the post civil rights era and the Age of Obama, being branded with the veritable scarlet letter of being an “angry” black man or “angry” black woman, can result in their life opportunities being significantly reduced.

The African-American church is also central to the black American ritual of forgiveness. A belief in fantastical and mythological beings was used to fuel struggle and resistance in a long march of liberation and dignity against white supremacy, injustice, and degradation.

The notion of “Christian forgiveness” as taught by the black church could also be a practical means of self-medication, one designed to stave off existential malaise, and to heal oneself in the face of the quotidian struggles of life under American Apartheid.

Likewise, some used Christianity and the black church to teach passivity and weakness in the face of white terrorism because some great reward supposedly awaits those who suffer on Earth. The public mask of public black forgiveness and peace was also a tool that was used during the long Black Freedom Struggle as a means of demonstrating the honor, humanity, dignity, and civic virtue of black Americans–a group who only wanted their just and paid for in blood (and free labor) civil rights.

The ritual of immediate and expected black forgiveness fulfills the expectations of the White Gaze and the White Racial Frame. A lack of empathy from White America towards Black America is central to the ritual: if white folks could truly feel the pain of black people (and First Nations, Hispanics and Latinos, and other people of color) in these times of meanness, cruelty, and violence, then immediate forgiveness would not be an expectation. Many white Americans actually believe that black people are superhuman, magical, and do not feel pain. This cannot help but to somehow factor into the public ritual of black people saying “I forgive” the violence visited upon them by white cops, paramilitaries, hate mongers, bureaucrats, and the State.

Whiteness is central here too. Whiteness imagines itself as benign, just, and innocent. Therefore, too many white people (especially those who have not acknowledged, renounced, and rejected white privilege) view white on black racial violence as some type of ahistorical outlier, something that is not part of a pattern, a punctuation or disruption in American life, something not inherent to it, and thus not a norm of the country’s social and political life.

Here, the ritual of African-American forgiveness allows White America absolution and innocence without having to put in the deeds and necessary hard work for true justice, fairness, and equal democracy on both sides of the color line.

The black forgiveness ritual’s heaviest anchor is white anxiety and fear. As I wrote in an earlier piece, White America is deeply terrified, and has been since before the Founding, of black righteous anger, and that white people in this country would be held accountable for the actions done both in their name, and for their collective benefit against black people. This ahistorical and delusional dread (where in fact white Americans are experts in the practice of collective violence against people of color; the reverse has never been true) was summoned in the antebellum period by worries of “slave revolts”. It still resonates in the 20th and 21st centuries with white racial paranoia about “ghetto” or “black” riots, as well as the persistent bugaboo that is “black crime”.

When black people say “we forgive” it is a salve for those white worries and fears.

The absurdity and uniqueness of black Americans being naturally expected to immediately forgive the crimes and harm done to them by white people is highlighted precisely by how (White) America, both as an aggregate and as individuals, are not burdened with such a task.

One of the greatest privileges that comes with being “white” in America is the permission and encouragement to hold onto a sense of injustice, grievance, anger, and pain.

The family of Kathryn Steinle—and whose death is the macabre subject for Donald Trump’s race-baiting obsessions with “illegal” immigrants from Mexico—has not been publicly asked to forgive Francisco Sanchez, the man who killed her.

The families of the children murdered by the gun toting mass shooter Adam Lanza in Newtown, Connecticut were not publicly asked during a press conference if they forgave the killer.

The families of the 70 people wounded and 12 killed by James Holmes in a Colorado movie theater were not asked during a press conference to publicly forgive him.

And of course, the families of those killed on September 11, 2001, when agents of Al Qaeda attacked the United States, were not asked several weeks after the event if they forgave Osama bin Laden and his agents.

More than ten years after that faithful morning when the United States was attacked by Al Qaeda—and an era of national derangement and perpetual war was ushered into being—there are survivors who will still not forgive those who wrought devastation onto their lives.

Some of them shared with the National Catholic Review how continue to nurture their anger:

Mr. Haberman admitted, “That’s a tough one for me. When I sit in court with these guys, can I forgive them? I have a hard time. I mean, they don’t want my forgiveness. I think justice is the word.”

Dorine and Martin Toyen of Avon, Conn., lost their daughter Amy, 24, in the World Trade Center. She was engaged to be married. “Her whole life was taken away from her,” said Ms. Toyen. “There is no way I could ever forgive them.”

Mr. Toyen concurred. “I want justice, not forgiveness,” he said. “I’m still very bitter. Rage.” If the accused “are found guilty, then I would have no qualms with the death penalty.”

Ms. Noeth said the death penalty would be too easy. “The people that we lost suffered a lot more than that. I think they deserve as much pain as can possibly be inflicted on them.”

If a reporter or other interviewer publicly asked those people who had their love ones stolen from them either on 9/11, at Newtown, or Littleton, if they forgave the monsters who hurt them so deeply, said person would (rightfully) be derided, mocked, and likely fired.

(White) Americans are not expected to forgive those who transgress them.

Black Americans who have lost their loved ones to police thuggery, violence, or other types of white on black racial terrorism and murder should be allowed the same latitude and freedom of expression and feelings. Of course, they are not—such a right exists outside the ritual that is Black America’s expected forgiveness for all the racist grievances and wrongs suffered by it.

This public ritual is a performance. It gives the white American public what they expect while concealing the true and private feelings of many black Americans, the latter being a people who are not foolish or naïve enough to perpetually forgive, forget, and turn the other cheek when faced with perpetual abuse.

Perhaps, one day there will be a moment when a black American who has suffered unjust loss and pain will tell the reporter who immediately asks them, “do you forgive the thug cop or racial terrorist who killed your unarmed child/friend/brother/sister/husband/wife?” and they will reply, “Hell no! Not now, not ever, and you can go fuck yourself for asking such a question.”

We are allowed to dream. Such a moment of honesty and sharing will be a true step forward for racial justice and respect across the color line, as opposed to the charade and Kabuki-like Theater that now passes for the obligatory and weak “national conversation on race” that the American people have been repeatedly afflicted with in the post civil rights era.