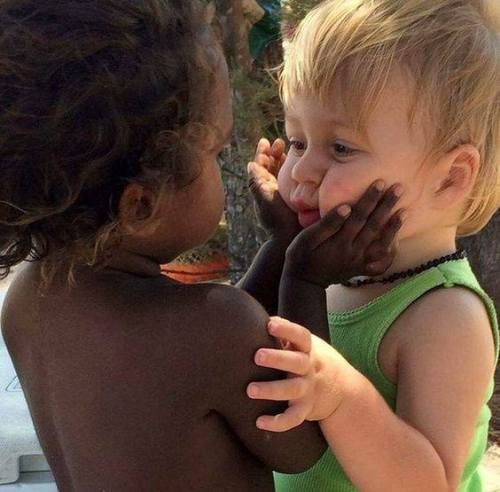 Viktor Frankl (March 26, 1905–September 2, 1997), having lost his mother, his father, and his brother to our civilization’s most colossal moral failure yet, having barely survived himself, Frankl takes up the question of what makes life not only survivable but worthy of living in what now lives as Yes to Life: In Spite of Everything (public library) — a slim, powerful set of lectures he delivered a mere eleven months after the Holocaust, just as he was completing the manuscript of the classic Man’s Search for Meaning.

Tucked into Frankl’s immensely insightful meditations on moving beyond optimism and pessimism to find the deepest source of meaning is a passage of great subtlety and great splendor — a portal to a truth so elemental that it might appear trite if stated merely as an abstract truism, but one which rises titanic and majestic from the crucible of this human being’s unfathomable lived experience.

In a sublime sidewise testament to the singular power of music, which some of humanity’s vastest minds have so memorably extolled, Frankl writes:

It is not only through our actions that we can give life meaning — insofar as we can answer life’s specific questions responsibly — we can fulfill the demands of existence not only as active agents but also as loving human beings: in our loving dedication to the beautiful, the great, the good. Should I perhaps try to explain for you with some hackneyed phrase how and why experiencing beauty can make life meaningful? I prefer to confine myself to the following thought experiment: imagine that you are sitting in a concert hall and listening to your favorite symphony, and your favorite bars of the symphony resound in your ears, and you are so moved by the music that it sends shivers down your spine; and now imagine that it would be possible (something that is psychologically so impossible) for someone to ask you in this moment whether your life has meaning. I believe you would agree with me if I declared that in this case you would only be able to give one answer, and it would go something like: “It would have been worth it to have lived for this moment alone!”

More than a century after Mary Shelley celebrated nature as a lifeline to sanity in considering what makes life worth living in a world savaged by a deadly pandemic, and decades before Tennessee Williams reflected as he approached his own death that “we live in a perpetually burning building, and what we must save from it, all the time, is love… love for each other and the love that we pour into the art we feel compelled to share: being a parent; being a writer; being a painter; being a friend,” Frankl adds:

Those who experience, not the arts, but nature, may have a similar response, and also those who experience another human being. Do we not know the feeling that overtakes us when we are in the presence of a particular person and, roughly translates as, The fact that this person exists in the world at all, this alone makes this world, and a life in it, meaningful.

In how we suffer and how we love, Frankl concludes, is the measure of who and what we are:

How human beings deal with the limitation of their possibilities regarding how it affects their actions and their ability to love, how they behave under these restrictions — the way in which they accept their suffering under such restrictions — in all of this they still remain capable of fulfilling human values.

So, how we deal with difficulties truly shows who we are.

Yes to Life is a slender, spectacular read in its totality. Complement this fragment with Borges on turning trauma misfortune, and humiliation into raw material for art and Whitman, shortly after his paralytic stroke, on what makes life worth living, then revisit Frankl on humor as a lifeline to survival.