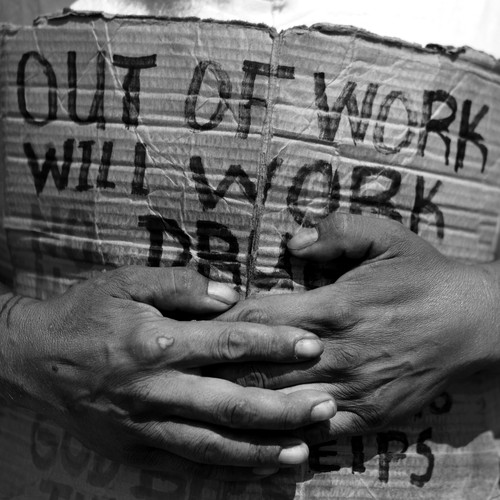 Catastrophes breed nationalism. There is a perennial impulse to rally together in the face a common enemy, whether it be a foreign power or a natural disaster. In the current coronavirus crisis, political leaders all over the world are seeing a spike in popularity—even the polarizing and unpopular Donald Trump. The desire for a strong leader in a time of trouble is producing all sorts of strange side effects, ranging from the fresh media enthusiasm for Andrew Cuomo to journalists praising Trump for his “new message and new tone” after the president acknowledged in a press briefing that deaths from the pandemic could be between 100,000 and 240,000.

Yet the national unity produced by the crisis can be a deceptive facade. Even during the patriotic fervor or World War II, the social divisions of normal times didn’t end. Detroit during wartime witnessed both wildcat strikes (from auto workers who felt they were being asked to make sacrifices without fair compensation) and race riots (from whites who used violence to stem the migration of blacks coming from the South).

The coronavirus crisis is showing a similar intensification of social strife. Racist attacks on Asian Americans are spiking, thanks in no small part to Donald Trump’s embrace of the phrase “China virus.”

The class war is also becoming fiercer. There is actually a two-pronged class war going on. Among the rich and their allies in both political parties, the crisis offers an opportunity to loot the Treasury. The stimulus packages that have passed or are being contemplated are all designed to lock in the privileged position of the existing rich, with only limited efforts made to soften the blow of the recession on the working class majority. At the same time, blue collar workers are expected to work in dangerous conditions with little compensation. Many of these same workers are being squeezed by furloughs, pay cuts and layoffs.

The combination of plutocratic bailouts and increasing precariousness and physical danger for the working class is an explosive one. It’s hard to see how it can last long without a breakdown of the social order.

In The Washington Post, Helaine Olen described the first stimulus package as “not only a missed opportunity to permanently give American workers the benefits enjoyed by those in other wealthy countries, but yet another successful cash grab by corporate interests and the wealthiest among us.” In exchange for four months of expanded unemployment benefits and a one-time stimulus of $1200 (plus $500 per child), the stimulus opened up the money spigots for Wall Street with a corporate rescue fund that could reach $6 trillion.

Future stimulus packages are likely to be equally skewed towards the rich. The New York Times reports that House Speaker Nancy Pelosi is talking about a deal to “retroactively lift a limit on state and local tax deductions.” As University of Michigan economist Justin Wolfers notes, “more than half of these dollars would go to millionaires.” Politically the proposal might make sense since it will reward blue-state suburban voters. But economically, it has the same problem as the first stimulus: a desire to dole out dollars to those who need them the least.

While both Republicans and Democrats are looking after millionaires, the working class is getting hammered. As ProPublica reported on Tuesday, “Emergency room doctors and nurses—many of whom are dealing with an onslaught of coronavirus patients and shortages of protective equipment—are now finding out that their compensation is getting cut.” Many of these health care workers are employed by staffing companies which, in the wake of lost revenue from elective procedures, are cutting back compensation. Alteon Health, a major employer of doctors and nurses, released a memo on Monday saying, “the company would be reducing hours for clinicians, cutting pay for administrative employees by 20%, and suspending 401(k) matches, bonuses and paid time off.”

It’s not just medical workers that are facing more precarious and dangerous workplaces. Writing in The New York Times, veteran labor reporter Steven Greenhouse observed that there was a strong class division on how the coronavirus crisis is being experienced.

“Millions of white-collar workers are telecommuting from home to stay safe as the coronavirus extends its terrifying reach across America,” Greenhouse observes. “But millions of other workers — supermarket cashiers, pharmacists, warehouse workers, bus drivers, meatpacking workers — still have to report to work each day, and many are furious that their employers are not doing enough to protect them against the pandemic.”

The growing lethality of the American workplace is fueling a wave of strikes, both union-led and spontaneous wildcat protests. Greenhouse listed a few of these workplace actions: “Last Tuesday, after a mechanic tested positive for the coronavirus, more than half the workers at Bath Iron Works, a shipyard in Maine, stayed home from work to pressure their employer to thoroughly clean the shipyard. Workers walked out at a Fiat Chrysler truck plant in Warren, Mich., because there was no hot water for washing up. Bus drivers in Birmingham, Ala., went on strike because they felt not enough was being done to protect them from contracting the coronavirus from infected passengers, and bus drivers in Detroit staged a sudden sickout for the same reason. Sanitation workers in Pittsburgh engaged in a work stoppage over their coronavirus worries.”

This wave of protests is only likely to grow, not just because of the coronavirus but also because of the breaking of the social contract by the rich. By crafting bailouts that favored corporations and millionaires amid a pandemic where blue collar workers are being forced to work in life-threatening conditions, the American political elite is playing with fire. We could well see social strife far more intense than even the turbulence of Occupy Wall Street and the Tea Party movement that emerged in the wake of the 2008 economic collapse.

The very collapse of American unions in recent decades means that the stabilizing force of organized labor is gone, making wildcat strikes the weapon of choice in this new class war. America may be heading into a period of working class militancy unlike anything it has experienced since the 1930s and 1940s.