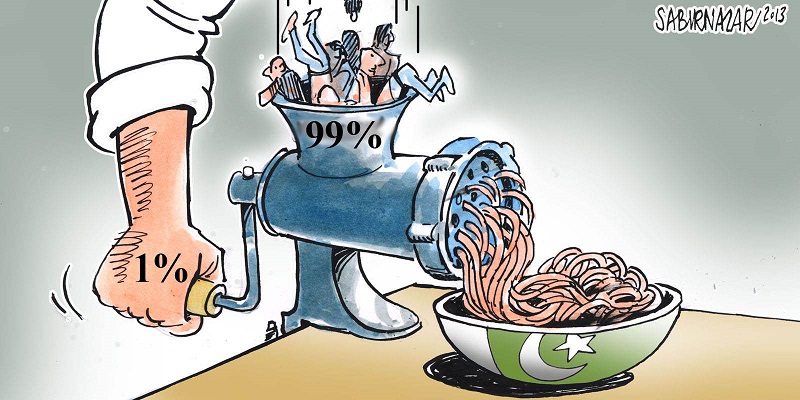 The ruling class are feeling the heat. By feeling the heat, I mean they are disproportionately perturbed by toothless condemnation of their tax-avoiding wealth accumulation by presidential hopefuls looking to shore up “progressive” support during the primaries. Never mind that this highly scripted spectacle is underwritten by Wall Street, and its executive producers are the military/tech/industrial complex, the plutocracy will no longer countenance ANY ruptures or least resistance to the neoliberal dragnet it has cast over the earth. Thus they have decided that impunity – as opposed to stealth avoidance of being detected at their crime scenes – is the only way to fortify the “borderless”, garrisoned, surveillance state against the huddled masses. The lucky few experience this heavily stratified, toxic biosphere as their own private pleasure dome, while the luckless majority, with their heads barely above water, are slowly being boiled alive.

Impunity is the tactical weaponry favored by the ruling class; a bipartisan, multinational entity that exclusively serves the interests of the world’s 2,064 billionaires. The immediate results afforded by impunity with its high-powered, shorter-range capabilities has proven more effective at relieving the pain and root causes of rich person suffering: Poor people being mean and totally unreasonable with their demands, resulting in the social unrest that has erupted into mass protests worldwide. Why treat a condition when you can lob tear gas at it, or smash it with a truncheon?

Stealth measures, long-range in scope with consequences that take more time to profitably reap, are insufficient for the task at hand: Stamp out all impediments to capitalism. “Step an inch away from the demarcated line that your chain gang is instructed to keep within, and you will be shot. If you are indigenous and Bolivian, better stay in the mountains or face a firing squad. Indigenous and Brazilian? We will run you over with a logging truck. Venezuelan? Good luck trying to survive without an economy. If you are Palestinian, you will spend the rest of your life in a wheelchair. If you are Saudi and dissident, we will come at you with a bone saw. If you live on a reservation in North America, we will shove a pipeline up your ass. If you are black and American, we will stop, frisk and execute you in your own home. Yemeni? You are already dead. Hong Kong rioter? We will give you a Congressional Medal of Freedom, and further instructions.

Contrast the identical foreign policy objectives of the Obama administration (stealth, long-range drone operators) with the Trump/Kushner regime (clowns wielding assault weapons at close range) to give you some idea of how so-called international diplomacy has shed its Ninja-like complicity with fascists in favor of overt support for their peasant-murdering objectives. Where the former President’s State Department tip-toed around Israel’s illegal settlements, hoping some vaguely worded condemnation would allow it to proceed under the radar, the current government just plows ahead, with Mike Pompeo in a hard hat, taking control of the bulldozers slated for Palestinian home demolitions. “This is totally legit under international law coz I say so”. Where the old Jesus wept, the new Jesus takes the wheel, stomps on the accelerator and proclaims, “The Meek Shall Be Buried Beneath The Earth”.

Impunity, on one hand, normalizes state-sponsored child abductions at the southern border and codifies white supremacy into law. With the other, it makes identity politics the centerpiece of a bourgeois struggle that seeks to elevate a few select candidates from a ‘diverse’ field in order to legitimize the same institutions that continue to benefit from the color and gender-based aspects of class stratification. They call this selective, highly conditional membership into their ranks “equality”, and recognition of its benefits to the few “woke”.

Not surprisingly, Canada’s own “woke” refugee-hugging, pipeline enabling Prime Minister offers his support for a self-proclaimed interim president of Bolivia (chosen by Jesus and Tesla’s shareholders) whose political support stands somewhere between the corpse of Lyndon LaRouche and an equally dead squirrel in a drainpipe. Justin Trudeau talks from the left side of his mouth while screwing progressives with his right fist. Impunity allows a serial offender of ‘blackface’ with a Haida raven tattoo to legitimize a white-faced fascist as her unelected government mows down indigenous protesters in La Paz. Speaking of Tesla, impunity makes it possible for its CEO to take a sledge hammer to his own nuts (and net worth) while launching a brutalist, testosterone-powered vehicle. Elon’s latest Muskmobile leaves no doubt that it’s designed not to transport children to school, but to run them over in the driveway.

Impunity isn’t the chosen weapon of any one political party, but an instrument wielded by the donor class to consolidate their claims on resources competitors in China and Russia might otherwise procure. Their savagery is evident, while the savages themselves despair the “lack of civility” in public discourse, and bemoan the contempt and ridicule leveled at them by jealous plebs. Even Microsoft’s milquetoast founder is baring his tiny yellow fangs at Elizabeth Warren and her tax plan, which is sort of like cutting off your nose to spite your bank account. What will he cut off if Bernie Sanders becomes his party’s nominee? Where politicians and statesmen resort to impunity, private sector profiteers opt for unmitigated gall, literally shedding tears at the prospect having to sacrifice a yacht in the near future to ensure their own survival as a class in the longer term. Most would call this ‘New-er, Better Deal’ for the one-percent a win-win-win for capitalism. The capitalists, however, see it as a pitchfork aimed squarely at their gonads.

“Radicals”, it seems, are defined by a desire to regulate industries, provide medical insurance universally, and levy taxes against the wealthiest members of society to allow more investment in the social sphere. In the not-so-distant past, this was the ‘centrist’ approach, favored by even right-leaning leaders in much of Europe, and even Japan. Today, such modest goals are regarded as “extremist ideology”, disseminated by Russian bots on Facebook, and justification for toppling democratically elected leaders who prioritize the needs of the poor over the desires of a global cabal of billionaires.

Steroid Centrists, like most violent offenders in this day and age, having realized that forensics and surveillance get them in the end, (so why bother even trying to evade punishment?) have opted to go out in an inglorious blaze of nothing-to-lose nihilism. The ‘smart’ solution is now the nuclear option. Consequences be damned for each blowback-inducing item on their bucket list: Give Israel carte blanche to carry out its final solution to the problem of still existing Palestinians. Further destabilize the Middle East. Fuck with China. Make all wildlife “functionally extinct”. Melt more ice-caps! Currently at the top of their list: Recognize right-wing coup plotters as the legitimate leaders of a country whose elected president is brown and socialist. Never mind that your self-appointed “interim president” is a genocidal half wit Avon lady in an ammo belt – all the better to convey your balls out agenda and leaving no ambiguity as to one’s own fate in a world order based on a spree killer’s ‘to do’ list before swallowing a bullet.

Our overlords are re-defining their ruthless predator role as a “moderate” and stabilizing force albeit one that will crush all resistance to its planet-destroying objectives. “Only we can provide the necessary bulwarks against school lunch programs and Islamic jihad alike”. Achieving these ends with brute force, often in front of a news camera, signals to us all that any resistance will be met with the same impunity that tortured and murdered a secular Libyan leader in broad daylight, and still shoots children when they wander too close to an apartheid wall.

Neoliberalism is hardly a rational (or as some would say, inevitable) progression from the diverse and disconnected economies of the Soviet-era to universal acceptance of a consumerist, market-driven monoculture once hailed by Frances Fukuyama as “the common ideological heritage of all mankind”. Nor can it be implemented without violent coercion or military force. Traditionally, it has relied less on the latter, and more heavily on propaganda provided by a wholly controlled media-apparatus (now calling its pundit panel of spooks ‘The Resistance’ in yet another Orwellian assault on the dictionary). This elite squadron of Deep State squids have appointed themselves the gatekeepers of information, protecting us all from ‘fake news’ through a steady regime of obfuscation and Party agitprop to ensure the duopoly remains stalwart to its fundraising goals, and wholly beholden to the donor class.

If you are the British establishment tabloid press, make Jeremy Corbyn worse than Hitler. Just replace his picture at a recent debate with images of desecrated Jewish cemeteries, while providing a platform for tear-strained Blair-ites to conjure up the coming holocaust under his leadership. While you are dredging up history to realign it with your own beliefs, why not reincarnate Joe McCarthy to defend liberal establishment plutocrats against Russian oligarchs? Enlist an elite cadre of lesbians to make the case for endless war and the lovability of war criminals.

Hybrid warfare, which usually provides cover for the aggressor nation or multinational, allowing it to avoid detection in the ‘grey zone’ it operates within, is no longer a covert strategy, but an openly waged campaign against humanity itself, with both the establishment left and the hard right steering its neoliberal course. Their propaganda efforts, rather than subtle tweaks on neutral-sounding terms like “human rights” so that they apply exclusively to oil companies, have now abandoned all attempts to disguise either authorship (the plutocracy and its Deep State subsidiaries) or intent (eliminate all competition from the international playing field).

The Impunity Doctrine is the blunt force expression of what was once called ‘soft power’. We are subjected daily to a relentless pummeling against reason, whether it’s Donald Trump’s Twitter feed or Rachel Maddow’s nightly (mis)infomercials for her corporate sponsors. Either way we toe party line, (Collusion! or ‘Covefef’) the result is a cry of “Banzai!” (and the sound of “Ka-Ching”) from the trading floors of Goldman Sachs. Just as the Corporate State tightens its oxygen-depleting chokehold across the globe, destroying all resistance with the speed and force of a flesh-eating superbug pandemic, its media organizations deliberately transmit this particularly deadly strain of the Capitalist Virus.

Impunity takes many forms, most of them almost comic in the audacity and willingness of the ruling class to push the proverbial envelope, and the rest of us down an elevator shaft. In case you missed the memo (Die now, stinking peasant!) our aggrieved overlords even made a movie. A dancing jackass in clown makeup kills everyone who was ever mean to him and ultimately widens his scope to take down ordinary folk standing in the way of his genius. Tragically, it’s a film that plays out whenever a billionaire is spooked by the possibility of a peasant’s publicly funded visit to the dentist.

As we navigate the charred, corpse-strewn terrain left in the wake of the plutocracy’s answered prayers (obliterating the Bolivarians, serving Palestine with an eviction notice, and weakening the Chinese government to name just a few items on its checked off wish list) it might be worth remembering that impunity offers encouraging signs of desperation on the part of the offenders who resort to it. Their short-term, ultimately self-destructive aims might suggest an awareness of their own declining power, and foreknowledge of their own demise. Having consigned the rubble of Empire to Donald Trump, the stateless superpower aka The Axis of Wealth that has replaced the old ‘America First’ Imperial order can only tilt so far in its own favor before losing all equilibrium. Peak Greed is an indication that the structural hold of present hierarchies is about to flip.