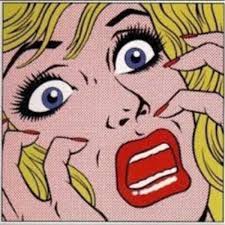 What is behind the bigotry masquerading as sanctimonious religiosity fervently opposed to abortion in the United States?

One motivation for US conservatives’ opposition to abortion – “a woman’s right to choose” – as stated by demographer Ben Wattenberg (in his increasingly neoconservative later years, after the 1970s), and cited by the wonderful educator, Jane Elliott (“White Fear”, in her anti-racism teachings, is that white supremacists’ great fear is over demographic dilution.

American conservatives’ opposition to abortion is not primarily concerned with preventing Blacks, Latinos, minorities and the poor from procreating too many — and “too costly” to the public purse — non-white babies, but in fact to prevent white women from producing too few white babies. 60% of the 1.6 million abortions annually in the United States are for white women.

The banning of abortion was exactly the policy of the Nazi regime in Germany, when bounties were paid for high fertility by acceptably white – “Aryan” – women. The fertility rate of Whites in Europe, in the U.S.A., in South Africa, and in Israel with its captive and concentration-encamped Palestine, is the lowest of all ethnicities/races. Generally speaking, the poorer and darker people are, and the closer to the equator they live or come from, the more children they are likely to have produced and/or have in their families. There is a worldwide darkening of the complexion of humanity underway.

Were there not immigration into the wealthy and comfortable Northern European nations, which we used to think of as “pure white,” they would be losing population in coming decades, if not already. There is a direct INVERSE correlation between an ethnic/racial segment of a national population having greater educational attainment and financial security with a higher standard of living (a higher level of their nation’s Human Development Index, as tallied by the U.N.), with respect to their fertility rate. That is why Whites have the lowest fertility rate as compared with darker and poorer people.

The education and emancipation of poor Third World women – teaching them to read, and giving them means of gaining independent income – are the best ways to reduce runaway fertility and stabilize “overpopulation.” Demographic economists calculate that a stabilized world population of 2 to 4 billion people could live with comfortable standards of living in a stable world economy of much greater equality, and which was in balance with Nature; at present there are over 7.7 billion people on our planet. (The idea of reducing world population by 50% or more in 3 to 4 generations, is contentious and involved, and reserved for another essay in the future — maybe.)

So, Northern Europe, the U.S.A. and other wealthy White enclaves are seeing their share of the population drop, proportionally in their nations. This is due to higher competing fertility more so than by unregulated “invasive immigration” by non-whites and foreigners of different type from that of the nativists.

In one sense the Nazi policy was kinder than that of tight-fisted US conservatives today, in that the Nazis provided good maternal medical care nationally to their favored “Aryan” portion of the German population, from 1933 till the war destroyed domestic life in Germany, by 1945.

Jane Elliott’s basic point is that US white supremacist panic about demographic dilution is what lies behind American political anti-abortion. The pseudo-moralistic religiosity camouflage layered over this “pro-life movement” is just to hide its racist foundation. This religious put-on is easily revealed as a fraud by the complete lack of concern by “moral majority” and “tea party” type nativist-racists:

about childhood poverty and malnutrition, and the abandonment by government of poor children to abysmal “education;”

about white nativist enthusiasm for, instead of their repulsion at, the snuffing out of “precious life” by the brisk police execution of black, brown, mentally challenged, and alternatively sexual people disfavored by Bibleist Bigotry, and arbitrarily assigned as athwart the law; and also the favoring of the legalized lynching known as “capital punishment;”

and about hollow Christianity’s utter lack of concern for any real threats to women and girls by good-old-boy Roy Moore type child molesters, and other sexual harassers of women, like Donald Trump and many other men in power, especially if White (or on the Supreme Court) and “conservative.”

The trends shown above are what fuel US white supremacy, both in sentiment and in political action. The growth of the US Hispanic population is driven overwhelmingly by a higher fertility rate, less so by immigration. White people, worldwide, are the richest “racial” population, and they have the lowest fertility rate (more money, less kids). “Darker” and poorer populations have higher fertility rates.

Trumpism (which includes anti-abortionism for white people too), the Israeli occupation of Palestine, and the former apartheid by and for white South Africa were/are wars against demographic dilution, perpetrated by the wealthy white low ‘fertiles’ (WWLFs) against poor dark high ‘fertiles’, (PDHFs). These “heart of whiteness” wars against demographic dilution are also wars for exclusionary capital hoarding (“race capitalism”).

Also, these wars are the echoes of the slave-owning White fears of the 17th through 19th centuries (over slave revolts), and the fears by the European imperialism of the 18th through 20th centuries (enacted through colonial wars). There is tremendous resistance among the world’s people to tolerate each other and share the Earth, for doing so would tumble capitalism, authoritarianism, patriarchy and religion.

While there is certainly a strong component of a “war on women” in anti-abortionism, to cover for chauvinist male insecurity that seeks idiotic reassurance by possessing and dominating women, the deeper wellspring of American anti-abortionism is the White supremacist fear of demographic dilution.

Manuel Garcia, Jr, once a physicist, is now a lazy househusband who writes out his analyses of physical or societal problems or interactions. He can be reached at mangogarcia@att.net