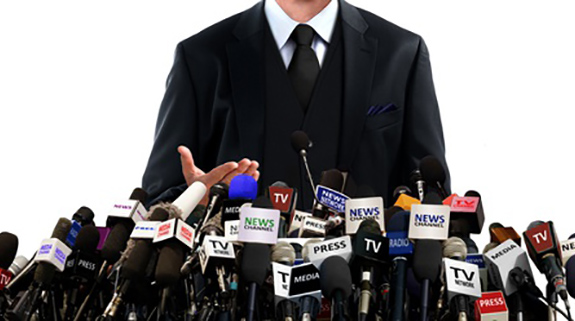 American citizens have a problem telling the difference between facts and opinion. That’s the finding of a recent survey carried out by the respected Pew organization.

It was found that only a quarter of the people polled were able to correctly distinguish between a factual statement and an opinion claim. In other words, the majority of those Americans surveyed wrongly believed that information presented to them purporting as facts were indeed facts, when the information was actually merely a subjective claim or opinion.

For example, when an opinion statement like “democracy is the best form of government” was read to them, most of the respondents defined that as a fact. Only some 25 per cent of the more than 5,000 people surveyed by Pew could correctly differentiate between facts and subjective statements.

Moreover, as the Reuters report on the study, put it: “They tend to disagree with factual statements they incorrectly label as opinions, Pew said.”

The latter tendency suggests that Americans are easily misled by false information, and perhaps more disturbingly, that they are closed-minded towards information that challenges their prejudices.

This commentary is not meant to unduly denigrate American citizens. It would be interesting to see what the results would be from a similar survey conducted in Europe, Russia or China.

Regardless of not having such a comparison, however, the Pew study indicates that there is a significant cognitive problem among US people in being able to assess facts from opinions. Given that opinions can be easily manipulated, misconstrued or mendacious that in turn points to a problem of American society being vulnerable to so-called fake news.

US President Donald Trump has almost singlehandedly coined the phrase “fake news” when he rails against news media which are adverse to his personality and his Republican party politics.

Trump himself is often a brazen purveyor of his own brand of fake news. Recall the absurd spat he had with the media over the size of his inauguration crowd, claiming against aerial photographic evidence to have a record huge attendance.

Nonetheless, to a degree, Trump has a fair point. The US corporate news media in favor of the Democrats have been guilty of pushing stories and issues which lack factual credibility. The biggest one is the whole “Russia-gate” affair which the anti-Trump media have been flogging for nearly two years, claiming that he colluded with Russia to get elected, or that Kremlin agents interfered in the 2016 American presidential elections with “fake news” stories enabling Trump.

The irony is that this alleged Russian “fake news” plied through social media is eclipsed by the overarching and actual fake news told by supposedly prestigious news media like The New York Times and Washington Post, CNN, MSNBC, and others, in their accusations of Russian “meddling”. Where’s the evidence? There is none. It’s all a fake news narrative told over and over.

Another factor in the fake news phenomenon is of course the new dominance of social media in the information environment. It is said that nearly half of the American population now get their news from social media platforms. That is a sure way to open the sluice gates and the rumor mills in which facts and fabrications are homogenized for millions of daily consumers. And going by the Pew survey, the upshot is a lot of potentially confused or misinformed people out there.

The question arises then: why should American citizens be particularly susceptible to being hoodwinked by fake news?

An anonymous reader comment made recently on the RT op-edge pages provides a plausible explanation. The brief comment said: “Americans have been lied to by their MSM [mainstream media] for so long, no-one knows what to believe and many US citizens no longer watch news casts, just sports and comedy.”

Arguably, this is a key point. Think about it. If a population has been inculcated for decades with “news” that is actually misinformation or downright false, then it is to expected that the public’s ability to exercise critical mental faculties will be impaired. Further, such a public will be encumbered with misconceptions. In short, brainwashed.

The assassination of President John F Kennedy. More than 50 years after the brutal slaying of Kennedy while riding a motorcade in Dallas, the entire US corporate media still adhere unswervingly to the official narrative. The official narrative being that JFK was shot by a lone gunman Lee Harvey Oswald. The weight of evidence presented by many serious researchers shows that Oswald could not possibly have carried out the three-bullet killing. Kennedy was far more plausibly assassinated by multiple gunmen in a plot orchestrated by American deep state agencies. The point is that no mainstream US media outlet has ever seriously challenged the blatant falsehood of the official narrative on JFK. Probably because the implications of a coup d’état against a democratically elected American president are so shocking.

A random selection of other major issues include the dropping of atomic bombs on Japan, the Korean War, Vietnam War, the War on Iraq, and the ongoing conflict in Syria. In every case, the US media have served to present these events as fundamentally righteous causes for American power. Some dissent is permitted to the extent that American power is claimed to have erred or lost its inherently “principled philosophy” while becoming mired in “misguided” overseas interventions.

But again this is the media establishment functioning as a ministry of misinformation to obscure from the public the reality of American capitalist power in the world. It is inconceivable that such media would speak the unvarnished truth to power, by reporting on how US governments have systematically committed genocide against millions of people for the furtherance of American corporate profits.

It is inconceivable that US media would report on how American military intelligence has covertly weaponized terrorist proxy groups in Syria for the past seven years in order to topple the elected government of President Assad. Such an exposé by American news media is unthinkable. It just wouldn’t happen. Instead, the US public are told that the Pentagon is supporting “moderate rebels” who are seeking to “overthrow a dictator”.

We can cite many other major world events as examples of where the US media have systematically spun false narratives and outright lies to cover up for the criminality of the rulers in Washington.

So, when such media deprecate Trump over his “fake news” flaws, the resounding irony is that these same media have for decades poisoned the minds of the American public with outrageous fake news and fake narratives on an industrial scale.

This culture of systematic brainwashing – in a much-vaunted democracy by a self-declared free, independent news media – is undoubtedly a factor in why American citizens seem to have such a hard time telling facts from fiction. The fake news phenomenon in the US is neither new nor unexpected. It’s a corollary of the way the population has for decades been degraded to a status of controlled subjects. This has long been the objective of US elite propagandists like Edward Bernays who in the 1920s strove to “control the habits and thoughts of the populace”.

As former CIA chief William Casey would later cynically brag to President Ronald Reagan during a cabinet meeting: “We’ll know our disinformation program is complete when everything the American public believes is false.”

The fascinating and distinguishing thing about the de facto US totalitarian system is the illusion that the public has of being “free” – the biggest fake news of all.

This complacent acceptance of “freedom” as a seeming “fact” is perhaps the key factor in why the US and Western capitalist system perpetuates. Few suspect that they are in actual fact nothing but captives, slaves, subjects, in a menagerie of fakery, or false consciousness, about the oppressive condition of their lives.

The proof of this is the way truth-tellers are shunned and censored by the US mainstream media. An indoctrinated totalitarian system cannot abide dissent or criticism.

Finian Cunningham, is a columnist at the Strategic Culture Foundation, Sputnik, and a Writer on Dandelion Salad. He can be reached at cunninghamfinian@gmail.com.