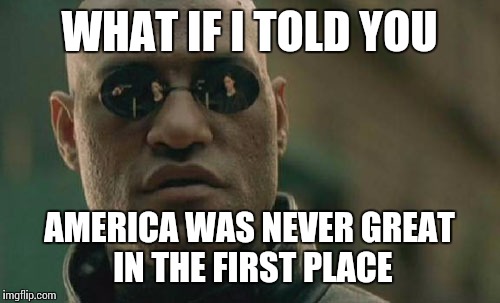 Good interview with David Swanson highlighting his latest book, Curing Exceptionalism: What’s Wrong with How We Think about the United States? What Can We Do about It

The United States is exceptional in believing that it is exceptional. It dominates the world with its military but falls behind many other nations in standards that define quality of life. “Only in the United States can you have endless discussions of the legality of war without ever mentioning that war is illegal,” says author and activist David Swanson.

Mark Karlin: What is your working definition of the sense of United States exceptionalism?

David Swanson: What I describe in the book is a collection of beliefs or attitudes, whether or not articulated, that hold the US government, military and nation to be central to one’s identity and to be superior to and not even to be judged on the same plane with anyone else. This is a way of thinking that is not dependent on any empirical facts, but is itself observable in opinion polls and in uniquely US phenomena, such as debates over whether or not to bomb another country, or discussions of history or of public policy that assume the rest of the world does not exist. The United States destroys whole forests for the paper on which to debate what would theoretically happen if a government provided universal health care, for example, despite so many nations having actually done so.

Last week, US Sen. Tim Kaine spoke here in Charlottesville at the University of Virginia about war powers. He claimed that Trump sending 100 missiles into Damascus could have been legal if only Trump had gotten approval from Congress. I brought up something that went unmentioned through the whole event and asked him if the UN Charter was not the supreme law of the land under Article VI, and he admitted as much but shrugged it off. Only in the United States can you have endless discussions of the legality of war without ever mentioning that war is illegal. If Canada bombed Minneapolis, exactly zero people on Earth would care whether the prime minister had acted alone or not because the act would be a crime rather than an action of the US government and therefore not eligible to be considered a crime.

You spend a good portion of your book comparing the United States to other nations. How does the US fare?

Miserably. The United States leads the world in everything from military spending to war-making to incarceration to various measures of environmental destruction, and various other undesirable categories. The United States trails behind all other wealthy countries, managing only to surpass poor countries in all kinds of measures of well-being, such as life-expectancy, health, education and happiness. And this poor showing is not balanced out by something else. Even in every conceivable measure of “freedom” and “democracy,” even those measuring the viciousness of capitalism, the United States fails to rise to the top. “We’re Number 1!” taken as a factual and positive claim is simply false.

What is the relationship between the concept of American exceptionalism and white Christian supremacy?

I think there are many relationships there, historical and current. The United States is far more religious than most wealthy nations, and far more fundamentalist. The pattern of thought that makes up exceptionalism is similar to that of white Christian supremacy. It’s a form of bigotry based on differences falsely construed as superior. But US exceptionalism comes in various forms and is far more popular than white Christian supremacy, serving even as an acceptable form of bigotry for many who have rejected less respectable types of racism and prejudice.

What is the damage the notion of American exceptionalism does?

It’s hard to fit into a book, much less an interview, but this attitude damages everyone it touches. It deprives people of identifying with 96 percent of humanity and most of human history and prehistory. It deprives the people of the United States of emergency aid, of global cooperation, of everything good and decent that a military budget could have bought, of all the world’s innovations in environmental sustainability, education, crime reduction, health coverage, democracy, etc. And, of course, it is central to the propaganda that launches murderous wars and justifies all cruel foreign policies.

How is the Trump slogan “Make America Great Again” related to American exceptionalism?

… almost from Day 1 exceptionalists who have recognized shortcomings have pined for the good old days which lacked any. A television series called “The Newsroom” premiered on the cable channel HBO on June 24, 2012, and the first episode opened with a panelist on stage being asked why the United States is the greatest country on earth. “It isn’t,” he replies to a stunned and scandalized audience, rattling off the US failures to rank first in literacy, math, science, life expectancy, infant mortality, and median household income, while reaching top status in number of people incarcerated, military spending, and percentage of the public believing angels are real.As I write in the book,

Then this straight-talking truth-bringer wistfully remarks: “It sure used to be.” Without providing any details, he claims that the United States used to be the greatest country on earth and used to act for moral reasons and does so no longer. But when exactly was that age of moral greatness? Was it just a decade or so back, when the chief writer of “The Newsroom” Aaron Sorkin was depicting a very fictional and moral White House in another series called “The West Wing?” The US wasn’t tops in education or health then either. The point, I think, was not to communicate any such specific claim, but rather to abide by the requirement of exceptionalism that one balance any fault-finding with a claim of past and potentially future perfection.

What are some of your suggestions for curing exceptionalism?

I go into some detail in the book, but I think that such steps can include:

2)  Meaning something else by “we” other than the Pentagon. Nobody says, “We just increased my taxes,” or “We just seized part of my property,” or “We just gave human rights to fracking companies,” so why must one say, “We just bombed Syria.” I didn’t bomb Syria. Did you? The US government did that. At least part of the time, try to see if you can make “we” mean a smaller or larger group than a nation.

3) Walk a mile in others’ shoes. In the book, I suggest imagining a number of roles reversed. Double standards don’t hold up well under such procedures.