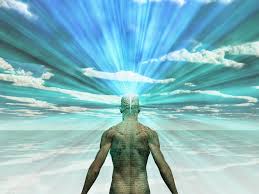 According to popular wisdom, consciousness takes place inside the mind, something with which Galileo, neuroscience, and the movie The Matrix would all agree. How are neurons able to create this internal mental world? Scientists have gone so far as to conclude that most of what we see around us exists only as an acquired image in the mind of the spectator, separated from what is perceived.

In this talk, Riccardo Manzotti makes the case for “externalism,” or consciousness that spreads beyond the brain, out into the world. Our minds exist both in front of our eyes and behind them. The individual doesn’t see a world; he is part of a world process. To support this claim, Manzotti demonstrates a causal account of the object, examining several “internalist” arguments (e.g., illusions, phosphenes, hallucinations, Charles Bonnet syndrome, phantom limb pain, and dreams), showing how each is actually compatible with an “externalist” view of the mind.

Manzotti contrasts this externalist view with known empirical evidence and the most widespread models of the mind, both in philosophy and in neuroscience, to show that our minds cannot be said to have any one true owner.