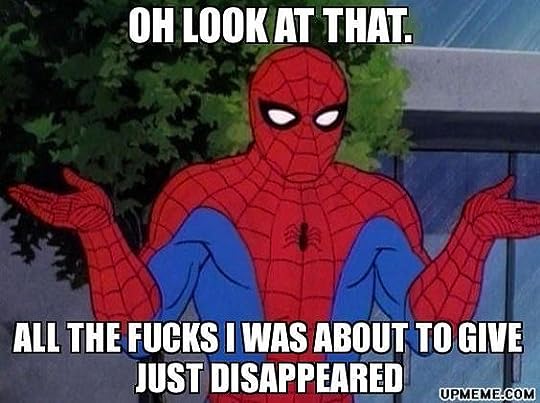 “The difference between a good life and a bad life is how well you walk through the fire.” ~Carl Jung

Fuck positivity. Fuck feelings. Fuck trying to make yourself feel good all the time. Focus instead on becoming a better version of yourself. Focus on action. Better yet, be proactive. It’s less about feeling positive and more about positive action. Even then, it’s less about being great and more about being better. Indeed. There’s more happiness in a spoonful of hard-earned self-improvement than in an ocean-full of self-affirmations.

Positivity is the opposite of motivation:

“May your trails be crooked, winding, lonesome, dangerous, leading to the most amazing view. May your mountains rise into and above the clouds.” ~Edward Abbey

Here’s the thing: there’s nothing wrong with being happy. When you’re happy, be grateful. Soak it up. Absorb it. Balls to bones. Ovaries to marrow. But then let that shit go. Don’t remain in that state for too long or you’ll atrophy. You’ll stagnate. You’ll lose your focus. Other feelings and emotions have just as much to teach you (even more so, some might argue) as happiness does.

Everyone talks a big game about stretching their comfort zones, but when it really comes down to it most people remain in their comfortable, positive, warm, and happy comfort zones. We cling to them without even realizing it. We get so caught up in them that we lose sight of one of the most vital secrets of living finite lives in a seemingly infinite universe: take all things in moderation.

With “you’ve made it” there nothing more to do. There’s nowhere else to go. You’re done. You’re content. You’re comfort zone has reached its capacity. You’re stuck. You’ve succumbed to the Master’s Complex and forsaken Beginner’s Mind. With “there’s no way you’ll make it,”on the other hand, there’s a challenge. There’s an obstacle to overcome. There’s adventure to be had. You’re comfort zone has something to grow into and ultimately overcome. And then on to the next obstacle. As Shunryu Suzuki said, “In the beginner’s mind there are many possibilities, but in the expert’s there are few.”

Besides, when it really comes down to it, there is no such thing as “you’ve made it.” As long as you’re alive there is still more life to live. As Richard Bach said, “Here is a test to find whether your mission on earth is finished: If you’re alive, it isn’t.”

Forget feel-good platitudes, focus on “what can I learn from this?” instead:

“To those human beings who are of any concern to me I wish suffering, desolation, sickness, ill-treatment, indignities — I wish that they should not remain unfamiliar with profound self-contempt, the torture of self-mistrust, the wretchedness of the vanquished: I have no pity for them, because I wish them the only thing that can prove today whether one is worth anything or not —that one endures.” ~Friedrich Nietzsche

Ever heard the common cliché, “everything happens for a reason”? Well, fuck that shit! That’s just some sentimental placating bullshit people say to make them feel better about things happening.

Sometimes it really is just as simple as good/bad luck. Sometimes fate is out of our hands. And that’s okay. There’s more to being human than choice, there’s vicissitudes. There are unexpected changes that shit all over our choices. Things don’t happen for a reason. Things happen and then we give them a reason to ease our burden.

Which is fine if you wish to remain stuck in the safety of your comfort zone. But it’s disastrous if you wish to become a better, healthier version of yourself. Challenge all feel-good banalities with the self-empowering question: “What can I learn from this?” instead, and then watch as your comfort zone melts into your own progressive evolution.

Self-importance is a trap:

“Self-importance is a trap, because the moment we start to think that we actually matter is the moment when things start to go wrong. The truth is that you are supremely unimportant, and nothing matters. All of man’s striving is for nothing; all effort is wasted. To realize that everything is meaningless is tremendously liberating, since it then leaves us completely free to create our own lives and ignore the plans that others have for us.” ~Tom Hodgkinson

Feel-good emotions, positive affirmations, and idea’s like The Secret, only get you so far. They are akin to having a life jacket in turbulent water. Sure, your safe and secure from drowning. But without action, without swimming, that life jacket means fuck-all. If you don’t swim toward health and survival, you’re dead anyway. Appreciate the life jacket for what it is, but don’t just sit there glowing in your self-importance. Swim! Act! The positive act of swimming toward health, vitality, and survival, trumps the positive emotion of merely having a life jacket so that you don’t drown.

Same thing with happiness. It only gets you so far. Sometimes you just have to say fuck happiness. Fuck just floating here in a contented state. Fuck clinging to this safe and secure comfort zone that everyday constricts my becoming a better version of myself. This is the way comfort zones have been stretched since time immemorial. So swim! Courageously stretch your too-small comfort zone. Transform your life jacket into a life well lived.

The irony is that, in the long run, you’ll reap more happiness out of sowing a little painful and uncomfortable self-improvement than by remaining content in a state of “happy” and comfortable self-importance. And even if you don’t, at least you gave it a shot. At least you had the courage and the wherewithal to make your life better.

“Turn those negative emotions into action that will make you better instead of just feeling better about who you already are.” ~Elan Gale

This is where the rich minerals of negative emotion can be mined and harnessed to encourage the positive action needed to knock down the walls of reinforced positive emotions. If you honestly wish to remain the same, then, by all means, continue to bask in your contentedness and shower in your sentimental positive affirmations and armored happiness. There’s nobody to stop you. But if you really want to get down to brass tacks and utilize the positive action necessary to stretch your comfort zone and live life to the fullest, then tell yourself, “Fuck happiness (for now). It’s time to learn from my other emotions for a time.”

There is immense wisdom in sadness, anger, jealousy, and pain. Nearly all art was created by harnessing the vital power inherent in these sacred yet “negative” emotions. As Anais Nin surmised, “Great art was born of great terrors, great loneliness, great inhibitions, instabilities, and it always balances them.” And so it is also with the art of life. So it goes with attempting to bring balance and harmony to life. True happiness, Eudaimonia-type happiness, is more about transforming bad shit into fodder for good shit, than it is about relishing in mediocre shit and suppressing the bad shit.

Suppressing the bad shit just creates shitty demons that haunt us in our comfort zones anyway. Better not to create the demons in the first place. Or, if they’re already there (which they probably are), embrace them. Engage them. Go full-frontal, vulnerable beast-mode on them. Meet them on their turf, and then dare to transform them into your ally. Now that’s transforming demons into diamonds. That’s the epitome of transforming negative emotion into positive action.

So yeah, fuck happiness! Especially if it’s handicapping you from striving toward Eudaimonia. And especially-especially if you are using it as a sentimental placation or an excuse to remain stuck. A life well-lived cannot be lived inside a safe and secure, yet tiny and ignorant, comfort zone. No matter how happy you are there. It can only be lived by daring yourself to stretch it, again and again. Even if that means Pain, Sadness, and Grief have to drag you through the brambles. There’s adventure at hand. There are new horizons to stretch into. So fuck your positive emotions. Focus instead on transforming your negative emotions into positive action.