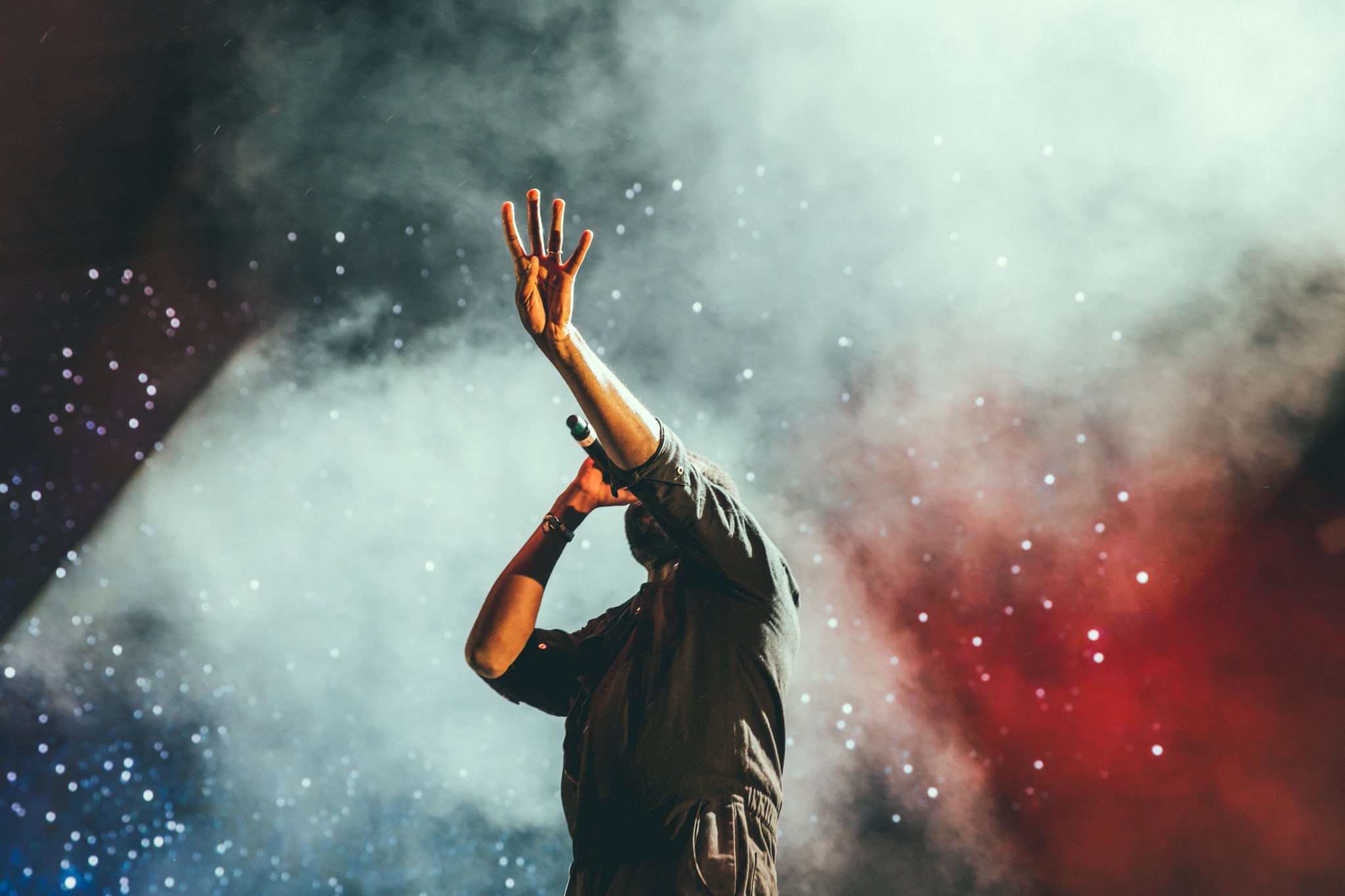 When I first heard “Criminal Minded…”

…which refer to Boogie Down Productions’ 1987 album of that name, one of the most acclaimed albums in hip-hop history. De La Soul’s sentiment is clear and can easily be translated to “When I first heard that album that changed my life,” be it from BDP or Black Thought or Bob Dylan: the moment the listener hears an album that is both talking to and for them, bearing witness to a reality and helping to create a better reality. BDP and its lead rapper KRS-One became entertainers, journalists, and prophets to a South Bronx, N.Y., context full of poverty, drugs, and pop music — whether disco or rock — that was served to them but not made by them. As invisible as the politics of the day made them, hip-hop represented the soundtrack of resistance.

The notion of creating music as a way of creating or articulating reality has its roots in other genres. James Cone reminds us that blues music was created in the midst of the black struggle for being in another era, King David of Israel becomes a brilliant psalmist (that is “songwriter”) in the midst of deep pain, and Samuel Livingston traces humankind’s first songs to the African concept of neferu (cultural manifestations of functional beauty). In other words, music has always had a purpose before it had an industry, and its economy was purely social, made up of those who would listen, identify, and be identified by those artists.

Rap is scary to some because it is loud, which is entirely the point. It is a response with deep intention toward the systemic silencing by privileged whites, the wealthy, and the ignorant men who hold the center at this particular moment in time. It is the first bell that rings after the death around us young black Chicagoans has silenced us.

It is the cathartic response of Job after being stunned over and over, pathologically pummeled to the brink of nonbeing, and his first words — “Let the day perish on which I was born… let that day be darkness!” — which begin to reaffirm and reconstruct his being. His words are harsh and explicit and feel grossly emotional; in our context they would seem anti-intellectual when in fact they are super-rational, transcending intellect.

In 1988 and today, N.W.A.’s “Fuck Tha Police” is shocking and controversial — “uncalled for” by most tastes — until you hear the songwriters recall their inspiration, being pulled over in Los Angeles, handcuffed and forced to lie on the ground for being one thing: black. Was N.W.A. having a Job moment, or was Job having one of the first hip-hop moments? Either way, both texts comprise wisdom, both utterances remain necessary.

If you want to understand the violence epidemic in Chicago, listen to the “drill” music of the shooters. You will hear the struggle for being that too often describes and destroys. If you want to understand the beautiful complexity of our youth, listen to Chance the Rapper’s “No Problem,” where he talks about “scoopin’ all the blessings out my lap” and by the end of the same verse brusquely reminds us that his “shooters come for free.” His message is clear: He’s keeping his, by any means necessary.

What he’s really saying — perhaps in every verse Chance has ever written — is that his being matters. His album Coloring Book, along with BDP’s Criminal Minded, expresses the “courage to be” without probably ever hearing (and certainly never caring about) the name Paul Tillich. These are theological projects as much as they are musical ones, and hip-hop has a way of reminding us that the separation of the head and heart is mostly an academic and superficial one. Job should have written an album; maybe Notorious B.I.G. was reading the famous text when he settled on a name for his first album, Ready to Die.

Growing up on the Southside of Chicago in rap’s “Golden Era,” I had no need for church; I had already found an adequate object of worship in the music that blared through my cassette player — music from Christians and Muslims and Five-Percenters and Black Hebrew Israelites — music that was loud and confident and confrontational, explicit in every sense of the word. For all I had seen and endured, it needed to be.

We — that is, most young, black boys — take our cues from rappers, perhaps to a fault, but at least they show better journalistic integrity in accurately describing reality than most news outlets. This trust in entertainer as journalist evolves rappers into a greater role: the poets who shape culture, the poetry whose purpose is to create a new reality. You hear rappers who don’t understand this and use their microphone to spread a dangerous gospel of misogynist and capitalist urges — no different from some pulpits. But you also hear the proclamation and affirmation of the #BlackLivesMatter movement, its anger and its spirit engorged as a people fight to be made visible. In the rhythm and lineage you see Africa. It is neferu. It is the catharsis of Job. And for those hearing it for the first time…

…it is like coming alive again. It is that Resurrection that many classically trained theologians spend too many words describing. It is a hip-hop moment.